“What would you do with 360 Rice Krispies?” was the tag line for this Rice Krispies Squares commercial. Our brief was to provide answers to that question, and we responded with models of padlocks, rockets, table tennis balls, a budgie and even a toupee!

The concept was simple – the props had to made from 360 Rice Krispies. The tricky part was adjusting the varying mechanical properties to make the props either shatter or melt when the actors interacted with them. 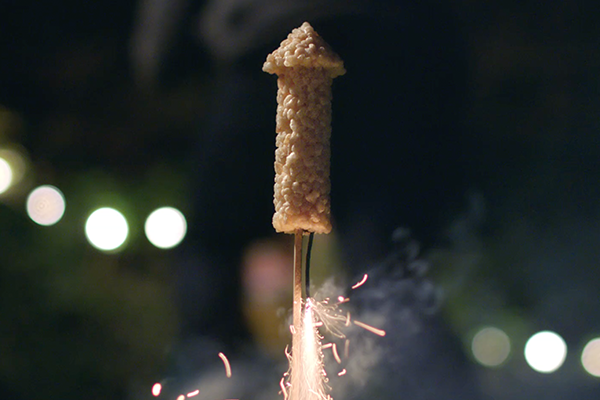 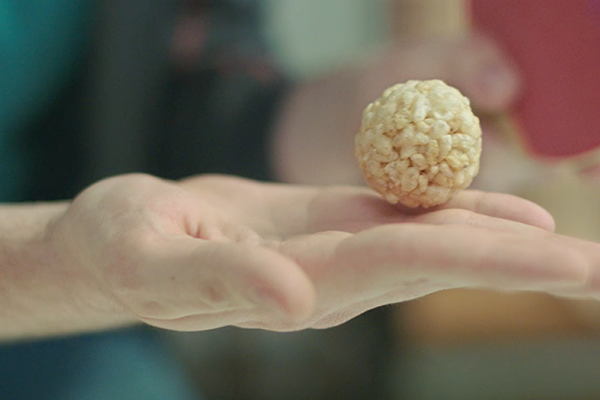 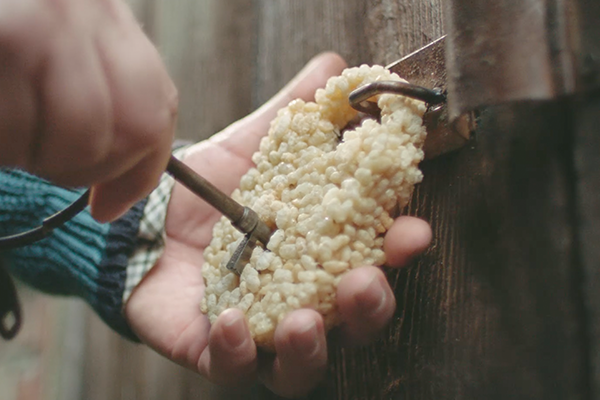 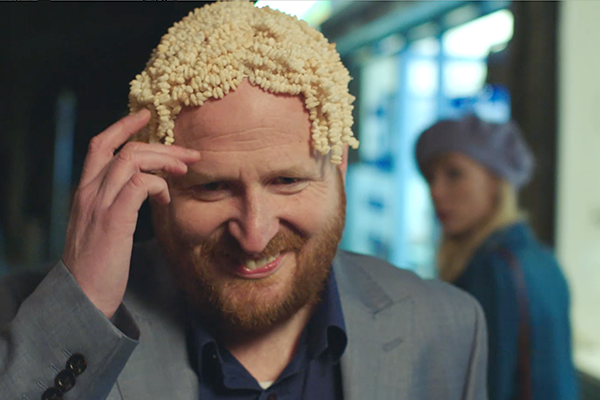 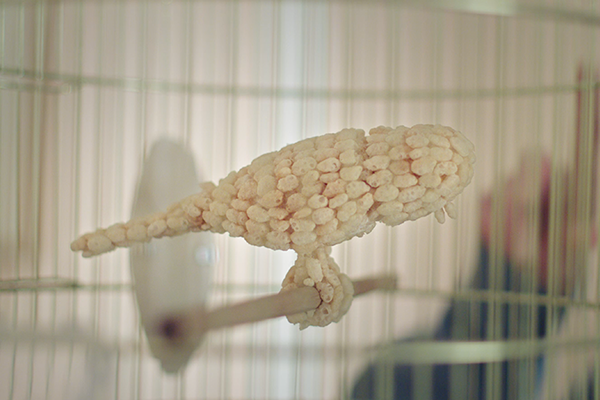 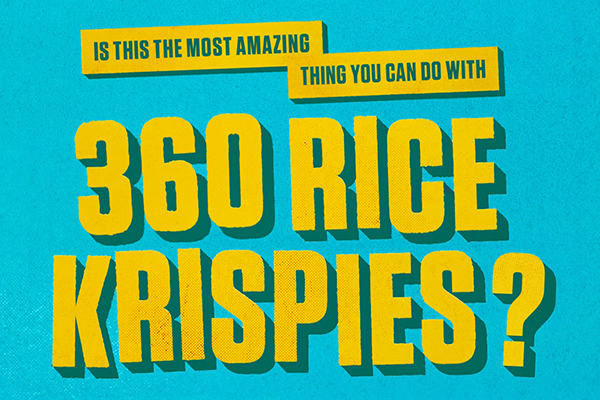 The biggest challenge was finding a suitable method of binding and sticking the Rice Krispies together without affecting the colour or matt texture. The models that shattered and broke were single use and therefore needed to be moulded in order to produce the volume necessary for multiple takes.

We experimented with many different chemicals and techniques to find the various recipes, eventually refining the process so that we were able to control fairly accurately the behaviour of the models.

The toupee was something of a happy an accident. Each strand had to be indiviually thread but we found the Krispies were shattering when we put a needle through them. After much frustration we left it to one side. When we tried it again after few days later it worked!? Possibly because they absorbed the moisture in the air and became softer!